Before you go, check this out!

We have lots more on the site to show you. You've only seen one page. Check out this post which is one of the most popular of all time.

I grew up swimming on the white sand beaches of Lake Michigan, and it seems like I’ve known the answer to this question since I was in the womb.  But, many people that are from outside the Great Lakes region are interested to know if there are sharks in Lake Michigan.

With that said, there have been anecdotal reports of sharks found dead or sighted in Lake Michigan over the years, but all of them are most likely hoaxes, or possibly mistaken identity, confusing what appears to be a shark-like fish in shallow water with native species like Lake Sturgeon or Muskellunge.  Let’s look at the different reports.

What About a Bull Shark in Lake Michigan?

A bull shark is a species of shark that is able to alter its physiology to live in brackish waters.  Brackish waters are waters that are a combination of freshwater and saltwater. The salt concentration is lower than that of the ocean, but higher than freshwater.  Bull sharks have been found in mouths to rivers, such as the Mississippi river, that empty into the ocean, and even many miles upstream. There is a documented case where a bull shark was found as far north as Alton, Illinois.

Unlike most other species of shark, the bull shark’s kidney cells can recycle salt.  Normally, freshwater causes a dilution of salt in the shark’s body, altering the salt concentration, which ruptures cells and ultimately kills the animal.  Nevertheless, a bull shark can live for a time in freshwater before ultimately perishing if it does not return to saltwater.

“[The bull shark] is able to control the salt and other compounds in its blood, to maintain a balance with the water that’s around it, and is able to move back and forth between freshwater and saltwater. So, yes, bull sharks can swim into freshwater and we think they can stay there for several years possibly.”[1]

Still, there has never been a scientifically-documented report of a bull shark being found in Lake Michigan.  But there are a lot of suspect reports…that could have easily been hoaxed or have an alternative explanation.

Consider this report in 2008 of a dead two-foot long juvenile black-tip shark (not even a bull shark) found near Traverse City, Michigan by a fisherman.  The most likely explanation is that it was a pet that got too big and that was dumped into the lake, where it subsequently died. Or possibly a prank on the fisherman that found it.

Or, this report near Chicago in 2014 of a possible shark fin sticking up out of the water.  It was photographed, but the picture to me looks very similar to the famous photo of “Nessie” in Loch Ness, which was later proven to be faked.  Even the photographer said it could have been a piece of driftwood.

Another example is cataloged in the Global Shark Attack File, a listing to track shark attacks by the non-profit Shark Research Institute.  It has a listing for a shark attack in Lake Michigan in 1955. The story has never been proven either way, and become somewhat of an urban legend in Chicago.

Still, this doesn’t prevent someone from transporting a bull shark via truck and dumping it in Lake Michigan.  Much more likely, alleged shark sightings and potential “shark attacks” reported in Lake Michigan, if true at all, are really case of mistaken identity.

There are two native species of fish in Lake Michigan that could be mistaken for a shark under the right conditions.

Lake Sturgeon are a relatively rare fish naturally found in Lake Michigan.  When full-grown, they can reach a length of 8 feet and weigh over 100 lbs. They don’t really have a notable dorsal fin like a shark.  But their tail may resemble some species of shark.

Usually, adults spend their time in deeper waters.   But when they navigate to shallower waters for spawning in the spring, if they are seen from above in a boat, they can look like a shark to the untrained eye.

The Lake Michigan swimmer and water sports enthusiast has nothing to fear from these sleepy giants.  They are bottom feeders, feeding on soft live food, such as worms, leeches, and insect larvae.  They must swallow their food whole because they don’t have any teeth.  That fact makes it kind of hard to bite a human leg.

A better imposter for a shark attack in Lake Michigan is the Muskellunge.

The muskellunge, otherwise known as the “muskie”, is also a native to Lake Michigan.  The record for a muskie in Michigan is around 4.5 feet long and weighing approximately 50 lbs.  Definitely big enough to be mistaken for a small shark.

Unlike sturgeon, muskies are predatory fish, having a diet consisting of other fish up to a third as big, crayfish, small mammals, and waterfowl like ducks.  They have a row of very sharp, large, needle-like teeth. Like all predatory animals, muskies are largely opportunists, and so might try to eat anything if they are hungry enough.

These fish have been known to attack humans in rare situations.

Take this example of an 11-year old girl in Minnesota. She was dangling her feet over her family’s paddleboard when she was attacked by what she described as a “big fish”.  It grabbed her foot, and she kicked it with her other foot, and the fish released her foot, but there were 25 lacerations, and she had to have surgery to repair tendons and get stitches.

This anecdotal story is of a Wisconsin man who was dipping his foot over the side of his canoe.  A muskie took a bite of his foot, and the man’s knee jerk reaction was to pull his foot back inside the boat, fish and all.  Even though he didn’t use a hook and line, and the fish was too small, he was allowed to keep it. The man had to get 60 stitches.

In the summer of 2012, a man from Kenora, Ontario, Canada was fishing when he dipped his toes in the water.  He felt a painful tug on his foot, and just like the previous story, jerked his foot back into the boat, pulling a muskie with it.  The fish was more than 3 feet long. Interestingly, Kenora is home to a 36-foot tall roadside statue of a muskie leaping out of the water.  Known as “Huskie the Muskie”, it is the city’s unofficial mascot.

None of these muskie attacks occurred in Lake Michigan.  They all occurred in inland lakes in the Great Lakes region.  Thousands and thousands of people swim on Lake Michigan beaches every year, and the worst thing they have to fear are riptides and sunburn.  While no one can say with absolute certainty, but it is a really good bet that Lake Michigan truly is shark free. 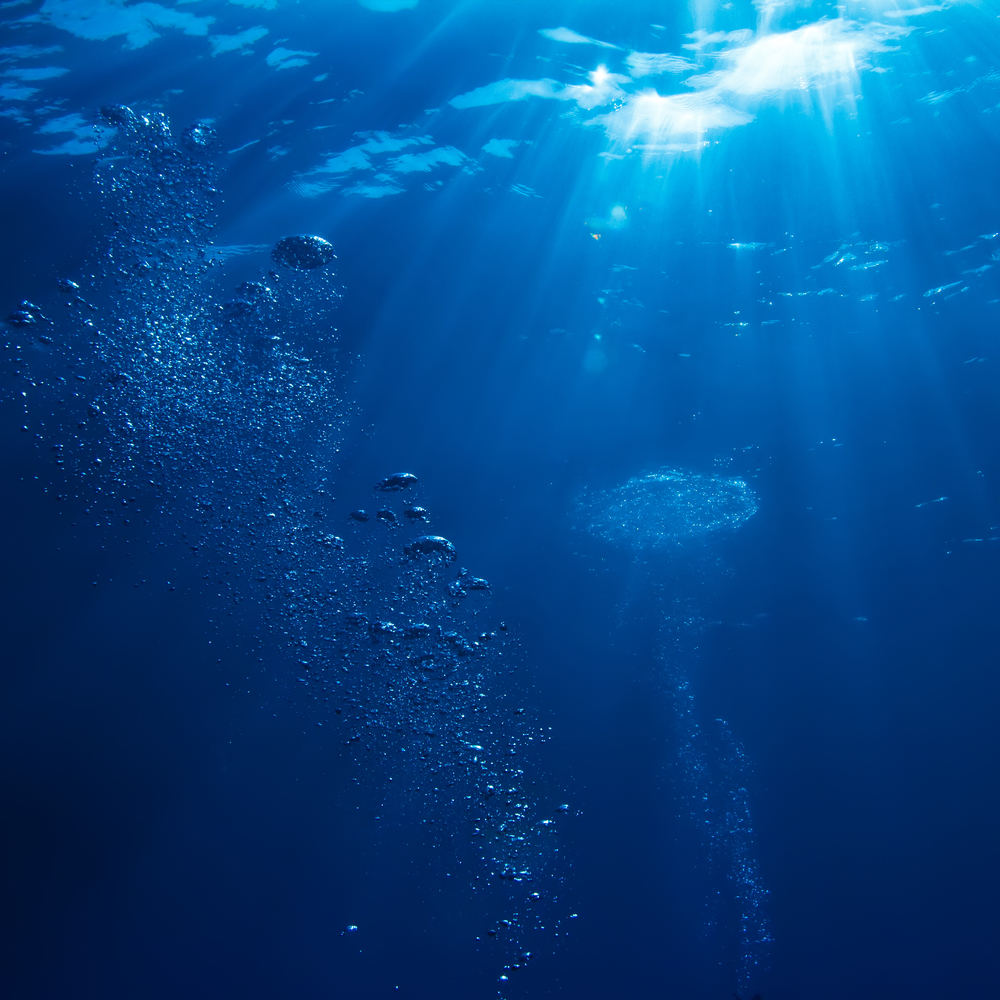 How Deep is Lake Michigan?
Categories: About

This site is a participant in the Amazon Services LLC Associates Program, an affiliate advertising program designed to provide a means for sites to earn advertising fees by advertising and linking to Amazon.com. We are compensated for referring traffic and business to Amazon and other companies linked to on this site.